Find out what A Kid by Nature is up to...

This is a biomimicry episode in the First Season of the TECHNORATI TV Show , that targets young tech minds.

Check it out and share it with your kids!

Our very own Colleen Mahoney has been selected to participate as a judge in the Global Biomimicry Design Challenge.

The theme of  this years' competition is food security.

"Look to the abundance of lessons nature has to offer and develop a biomimetic design that solves an important food system challenge while protecting the health of our planet." (*excerpted from challenge.biomimicry.org)

Read all about it here:

Join us for Bio Blitz June 6th at Dillon Beach

Join us at Dillon Beach - June 6th for a Bio Blitz event!

Meet us at Dillon Beach on June 6th for a Bio Blitz. Bring your iPhone to record your observations and document them with iNaturalist.

Kids and adults alike will have a great time at the tide pools!

It's in the Water

What you can do about marine debris.

Here in the bay area we are surrounded by water so it's no wonder that we want to keep it as beautiful and as pristine as possible to pass on to future generations. What can you do? Want to help but don't know where to start or what to do to really make a difference? Here are a couple of upcoming events and volunteer opportunities. Just click on either Save the Bay or Pacific Beach Coalition to find out.

Head to our Sources for Educators' page to learn more about these two organizations and many others.

The first time Muir saw Yosemite, he wrote in his journal that he was “overwhelmed by the landscape, scrambling down steep cliff faces to get a closer look at the waterfalls, whooping and howling at the vistas, jumping tirelessly from flower to flower.” -- John Muir 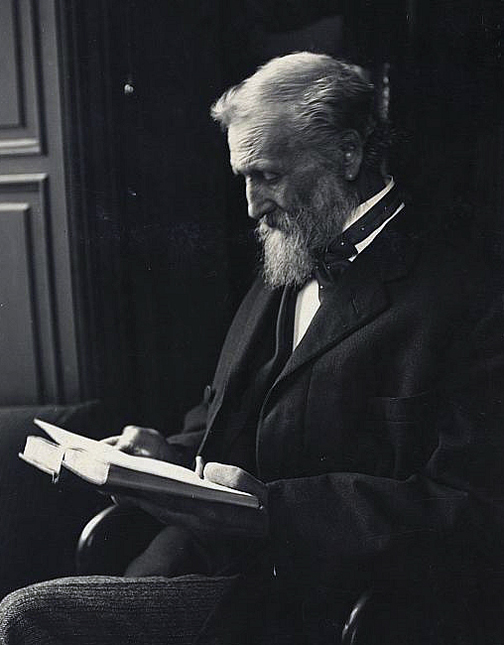 John Muir was a pioneer in saving our wild areas. He led the fight to keep places like Yosemite and Sequoia National Park safe from development and he founded the Sierra Club to encourage others to advocate for forests and parkland. Known as “the Father of the National Parks,” Muir changed how Americans thought about the land and all the many plants and animals that share it with us.

See a 10-minute biography of John Muir, and learn why wild spaces were so important to him.

Kaleidoscope of Trash RALEIGH — A new public art installation at one of the city’s garbage and recycling facilities encourages viewers to think about their role in minimizing waste in their communities. 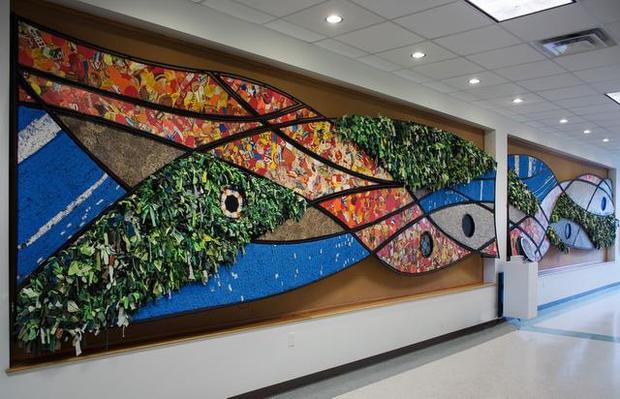 The colorful 8 feet by 40 feet relief wall inside the Wilders Grove Solid Waste Services Facility is made of layered recycled materials such as t-shirts, cereal boxes and plastic grocery bags and features interactive video kaleidoscopes that focus on the recycling process.

The city will unveil the work at an open house on Jan. 25. The piece is the first of three works of public art officials expect will open in the city before late spring. Matt McConnell, one of three artists who helped lead the project, said the project was a great one, especially because of the level of community involvement. More than 200 volunteers helped collect materials and assemble during 1,200 hours of work. McConnell, who worked with artists William Lee Cherry and Marc Russo on the design and production, said he hopes the project allows viewers to consider carefully how their decisions affect the earth.

“I hope that they can think about the way that they consume and how the waste that they create contributes to the environment,” he said. 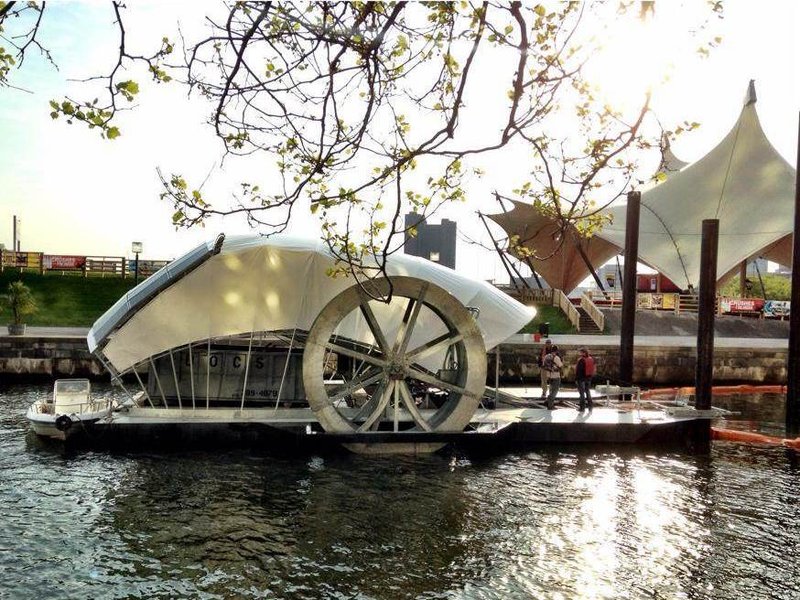 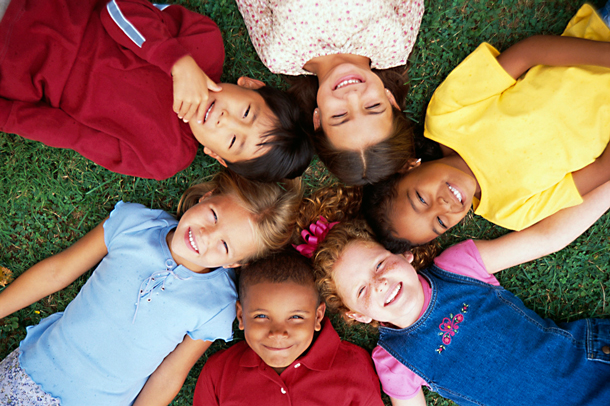 The Key is Education

Leslie Tamminen, director of the Clean Seas Coalition and part of Seventh Generation Advisors, agrees that stopping the epidemic of plastic waste takes more than bans and laws. It takes “wide and sustainable changes in consumer behavior. Data from the over 121 local plastic bag bans has proven that bans are effective at reducing litter and changing consumer attitudes, and have refuted industry’s claims of apocalyptic impacts on jobs and poor communities.

A state plastic bag ban saves taxpayers the huge amount of money spent on litter cleanup, and protects the environment.” But the key, she goes on to say, is education – and organizations like hers and like PPC are focusing on exactly that. There is one more side of the issue that is just as important to Cohen as clean oceans and fiscal responsibility: the risks of plastic toxicity to human health and wellbeing, not to mention that of other living creatures. “Plastic pollution doesn’t just foul landfills, water ways, and ocean currents, the ‘bloodstream’ of our earth. It also contributes to the fouling of our blood streams, and those of animals who ingest it or become entangled in it.” 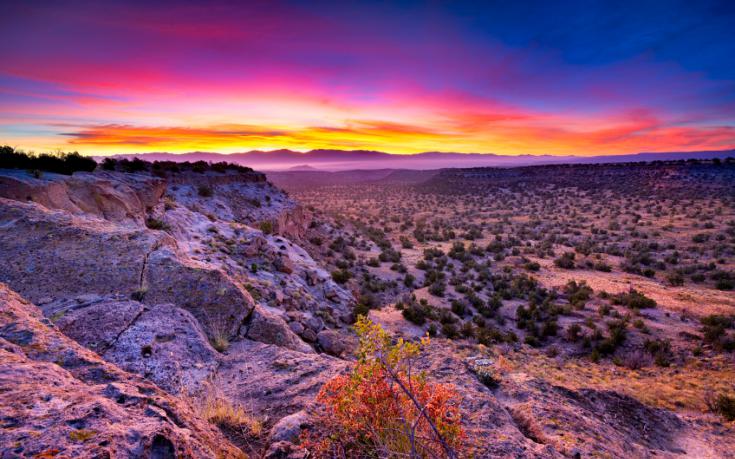